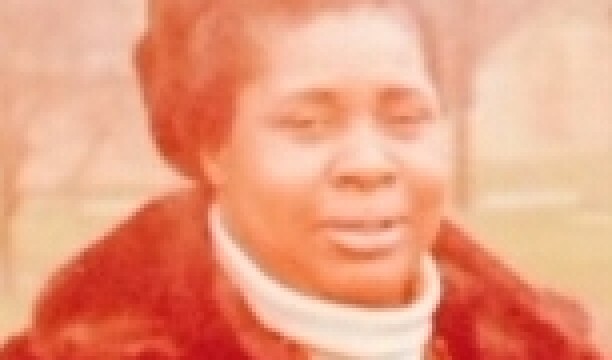 She is survived by her husband, sons Eric and Colin, four Grandchildren and two young Great Grandchildren. The funeral celebrating the life of Erma will take place at Long Bay Fair Prospect Methodist Church  June 6,2015 from 1pm.

The Family of the late Erma Madge McKenzie express their sincere gratitude and appreciation to everyone for their kindness and support at this time.

In loving memory of a beautiful mother in law, you have been a mother to me and I am so thankful for your kind words and always a quote from the bible. I so sorry I cannot be there but you are at peace now and with your Lord and saviour. I give you t

Even though she is not here
Her spirit will live on.
I know that she is the soft star that shines at night
Looking over me
And that I should smile, love and go on
As she would have wanted.

In Loving Memory of My Grandma,
You will be missed ❤️

God has resurrected humans in the past, and he is eager to do it again. Jehovah hates death he views it as an enemy. (1 Corinthians 15:26) He has "a yearning to conquer that enemy and undo death by means of the resurrection. What an awesome God!

Sincere condolences to the McKenzie's family. Losing a loved one in death is not easy to bear but here are some comforting words found at Acts 24 : 15. It promises a resurrection for our dear loved ones. Thanks to Jehovah the God of True Comfort.

Condolences to the family and friends of the late Ms.Mck, losing a beloved family member is a very sad experience and may seem overwhelming but know that in time it will pass but take comfort in knowing that the God and father of all Tender Mercies w