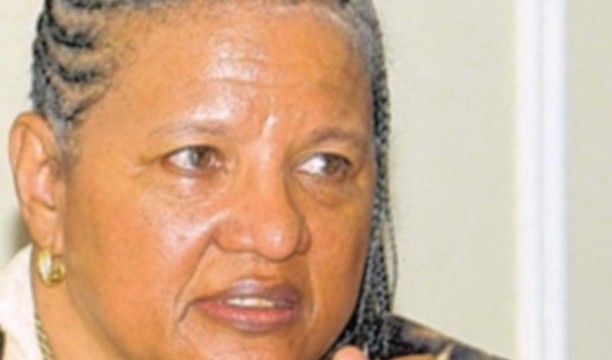 Forrester : Clare-The Press Association of Jamaica says it is saddened at the death of local and regional journalism stalwart Clare Forrester.   Clare Forrester passed away in Florida Monday September 15,2014.   The PAJ says Forrester had a long and distinguished career in journalism and communications.   PAJ president Dionne Jackson Miller says Forrester served as secretary for more than a decade during which she had significantly promoted membership growth.   Forrester was made a life member of the PAJ in 1977, and was further honoured when she was inducted into the PAJ Hall of Fame in 2012.   She was instrumental in the formation of the Association of Caribbean Media Workers of which she was a founding member and for which she served as general secretary and consultant.   In 2002, the association recognised her dedication with a Distinguished Service Award for contribution to the development of Caribbean journalism.   Forrester is also being hailed for her work with the Jamaica Information Service, the Caribbean Food and Nutrition Institute and the Pan American Health Organisation.
Information Minister Sandrea Falconer hailed Forrester as a "giant of Caribbean journalism and a lost treasure".
Forrester, she said, was "a sterling example of journalistic excellence, fairness and rigour".
"Her unflinching devotion to the highest standards of the noble profession was evidenced by her many years of administering the national journalism awards, the fact that she was an adjudicator of the annual Jamaica Broilers Fair Play Awards, as well as the fact that her very last journalistic endeavour was a media review column which assessed the work of her colleagues," Falconer said.
Please stay tuned for further updates… May her works live on…

John 5:28,29 Do not be amazed at this, for the hour is coming in which all those in the memorial tombs will hear his voice and come out... Such a comforting hope

For more info go to jw.org

What a beautiful smile. God has promised a resurrection of our lived ones at Acts 24:15 and also at Rev. 21:4 he tells us that there will come a time when death will be no more. He certainly is a God of comfort

Rest In Paradise Clare. Your light will forever shine.

may it comfort the family to know that our love one is with God and that his love is eternal and immeasurable,she was a champion who can never be replaced. Your niece Beverley & family

My condolences to the family on the loss of your dear love one . A faithful servant of God once asked "If a man dies, can he live again?' He came to the conclusion that in time his creator will call him from the grave. He knew that God yearned to

To the family of Clare, you have my condolences in your loss. Her death has an effect not only on her family, but also her community and peers. The Bible refers to death this way,"And the last enemy, death, is to be brought to nothing."(NWT2013 Rev).

Sincere condolences to the Forrester's family. It is a sad time right now but here are some comforting words found at Acts 24 : 15. It promises a resurrection for our dear loved ones. Thanks to Jehovah the God of True Comfort. He has given us a hope.