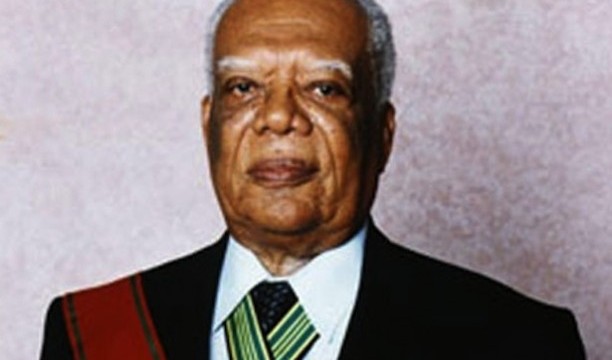 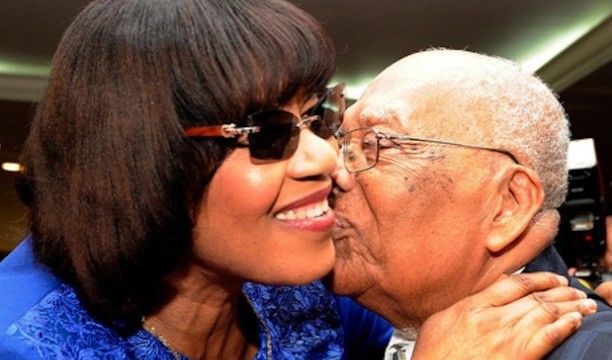 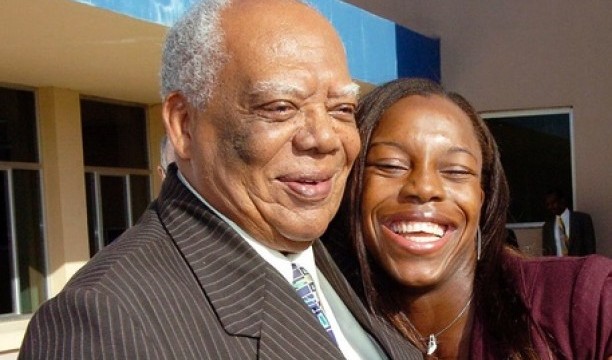 Cooke : Sir Howard Felix Hanlan , ON, GCMG, GCVO, CD, K.St.J ( November 13, 1915 – July 11, 2014) was the Governor-General of Jamaica from 1 August 1991[1] until 15 February 2006 when he became the first governor-general to invest his own successor, Professor Kenneth Octavius Hall. He was styled His Excellency while in office as governor-general.
In his early life he was a teacher, becoming president of the Jamaica Union of Teachers. He also worked in the insurance industry. He became a member of the parliament of the West Indies Federation in 1958, and then the independent Jamaican parliament as a Senator and a Member of the House of Representatives after 1962. He was a minister in the government of Michael Manley during the 1970s and President of the Senate from 1989 to 1991. Cooke died at the age of 98 on 11 July 2014 in Kingston, Jamaica.
The funeral will be held at the Holy Trinity Cathedral, 1 George Headley Drive, Kingston ,Jamaica, Friday August 8,2014 at 10:00 a.m.   Interment will follow at the National Heroes Park.   Sir Howard served as Governor General of Jamaica from 1991-2006 ending some 70 years in public service.

To the family of Sir Howard, you have my deepest sympathy. Death is one of the most difficult situations we must face. However, God's purpose is for the dead to be restored back to life (Acts 24:15)!

My condolences to the family of Sir Howard ...i remember as a young Actress leaving for Hollywood for the first time...after been turned down by the USA government Sir Howard came to my rescue and i was allowed to fly...My Acting Career took off and

Sir Howard Cooke you will be greatly miss by alot of Jamaican people. We love you and admire the great work you have done for your country despite the many challenges you had to face everyday. Now that your work is over may your soul rest in peace.

Uncle Howard, it's still hard to believe you are gone. I know it's part of life. If I could have seen you one more time, I would have hugged you and thanked you for being such an intricate part of my Childhood. You were at my Christening at St. Paul

Thank God for his life!

His inspiration will be with us for a long time.

My condolences to his family, especially my colleagues, Tasha and Andre.

Sincere condolences to the Cooke's family. It is a sad time right now but here are some comforting words found at Acts 24 : 15. It promises a resurrection for our dear loved ones. Thanks to Jehovah the God of True Comfort. He has given us a future.