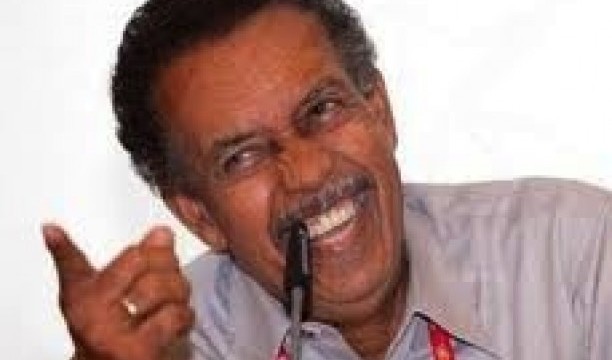 Like scores of Jamaicans, at home and in the diaspora, I was shocked and saddened to learn about the sudden passing of my colleague and friend Howard 'Fudge' Aris, last Thursday evening in Portland.
Howard's life had such great impact on so many persons during his years in the sports and political arena that, coming as it did, the news was a national bombshell.
Howard was the quintessential sports administrator who led with unparallel expertise acquired from years of study and service at the highest levels.
In his time he presided over the Jamaica Athletics Administrative Association (JAAA) for more than a decade; and chaired the Sports Development Foundation (SDF) for a similar number of years. He was also the technical director in the Institute of Sports established under an earlier People's National Party administration in the late 1970s, a period which witnessed the establishment of the G. C. Foster College of Physical Education and Sports.
As an advisor to three former prime ministers and also to successive ministers of sports, Howard was pivotal to the hugely successful staging of several international games in Jamaica over the past five decades including - the Martin Luther King Games that evolved into the Manley Games of the 1970s; and later the Jamaica Invitation Games which started in 1997 and is now a fixture on the International Association of Athletics Federation (IAAF) calendar of the sport.
It is fitting that he presided over the period (2008 to the present) that witnessed Jamaica's greatest successes in track and field, the sport that he served with passion and commitment for the greater part of his life, a service that had its genesis at his alma mater Kingston College when he captained the school's track and field team: 'Fortis cadere, cedere non potest, (the brave may fall but never yield)' was his lifelong creed.
However, Howard Airs' work, as a sports administrator, went beyond the area of track and field. The extent of his involvement in sports administration virtually removed him from serving as a physiotherapist where his work was acclaimed by colleagues and clients alike, including several of the country's leading sportsmen and women who benefited from his skills in that capacity.
He was proud of his political commitment and service to the PNP and gave far more than invaluable counsel to its leadership during four decades. But, Howard's contribution was not confined to the PNP's leadership. His advice and guidance remained available to successive Jamaica Labour Party administrations with whom he worked closely to promote the interest of sports.
One of his most remarkable traits was his ability to renew himself and remain relevant to succeeding generations of Jamaicans. On his passing, one oft repeated statement is that "I never realized he was 75", a tribute to his ability to have succeeding generations view him as a contemporary.
His will be a difficult, if not impossible, role to fill; but, we are immensely grateful that his work has contributed enormously to the shaping of 'Brand Jamaica' and, therefore, affirms his legacy to current and succeeding generations of Jamaicans. I offer my condolence to his widow Sandra, children, grandchildren, other family members and friends and to the entire sporting fraternity in Jamaica and beyond which have lost a devoted and clever administrative giant.

RIP Mr. Aris. You did a fine job while you were on our planet.

Condolences to the family and freinds of the late Mr.Aris, Losing a beloved family family member is a very sad and painful experirnce but rest assured that the God and father of all tender mercies will give you hope.

"Your dead will live. My corps